Earlier this month the Toowoomba Medical Centre received an SMS alert at 7:30pm that power was off on their FridgeBrain Vaccine fridge. There were no reported power outages in the area so they called into the surgery to see what the problem was.  Sure enough, a circuit in the power board had tripped and the vaccine fridge was off. It turned out that the floor polishing machine the cleaner was using was faulty and had tripped the circuit the fridge was on.  A quick flip of the switch the fridge was back on before the temperature reached the critical 8 degrees.

Maree Gurney the nurse manager said "We are lucky we received an alert, otherwise we would not have know about the problem till the morning. In that case we would have had to report the breach to public health and go through all the breach procedures that would have taken up the whole morning the next day.  We would also have needed to call all the immunisation appointments for the week and reschedule them." The FridgeBrain Smart Vaccine fridge saved the Toowoomba Medical Centre's vaccines after a power outage caused by a floor polisher.

Recently, we received a grant from the state government to trial 14 of our smart fridges in pharmacies, hospitals and medical centres around Australia and New Zealand. Currently, FridgeBrain is on trial so we can work towards commercialising the fridges to start selling them.

We've been in the news this week! You may have seen us in the paper and on TV after we received a $100,000 grant through the Advance Queensland Ignite Ideas Fund to help us take our innovative product, FridgeBrain, to the next level. In this week's webchat, Kirsten and Tristan discuss what this exciting grant means for the FridgeBrain project.

A revolution has begun!
Are you ready for a smarter vaccine fridge? 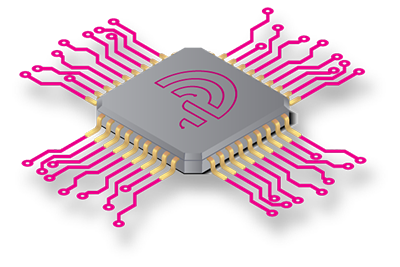 Request a Quote Request a Demo

Submit a request for technical support

Get started now. Join the revolution.

Get started now. Join the revolution.

Please complete the request a quote form OR call us:

See how the portal works with a free demonstration.

During the online demo, we show you FridgeBrain's portal, how the fridge's temperature data and alerts are recorded and exported.

Want to see for yourself?

Simply fill in the form and one of our friendly FridgeBrain team member will arrange an online demonstration.